The Geauga County Tea Party is dedicated to defending the constitution, the rights of Geauga County citizens, and promoting honest, ethical, and honorable politics.

If you support these goals, Join Us!  A list of upcoming meetings are listed in events on we right side panel.

2000 Mule Raffle and Showing of the Movie following the meeting for those interested. 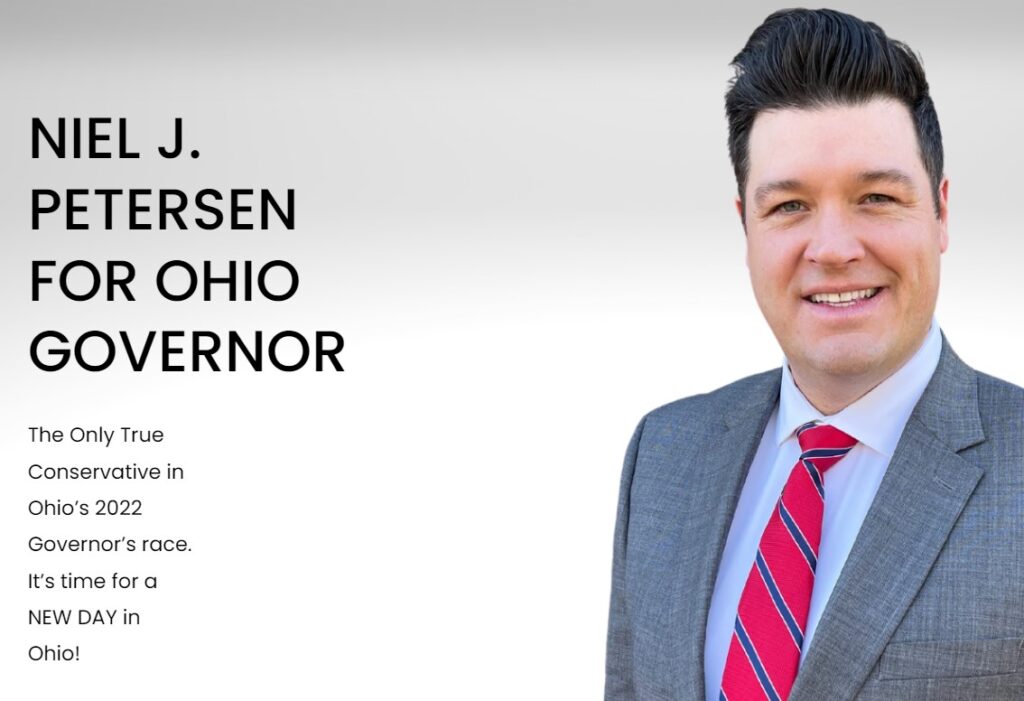 Niel Petersen and running mate Mike Stewart are true conservative candidates running in the Ohio Gubernatorial race. Niel & Mike are both registered Republicans running as Independents for the 2022 General Election on November 8th. They submitted their joint petition to the Secretary of State and roughly 6,000 signatures on May 2nd, 2021. They are currently waiting for their signatures to be validated and confirmed by the Board of Elections. The Secretary of State has up to July 15, 2022, to verify their signatures and confirm whether they will be on the ballot in the General election this November 8, 2022. They have been campaigning across Ohio since August 15, 2021, when Niel announced his candidacy from his pulpit at Harvest Revival Center in Brookville, Ohio.

The election was a mixed bag.  Some success and some failure.  Follow this link to the secretary of state website to see the complete results for the state.

State Representative 35th District (YES)
(In the upcoming November election Steve will be facing Lori O’Neil.  We need to pull out the stops to help him. )
Steve Demetriou – Republican 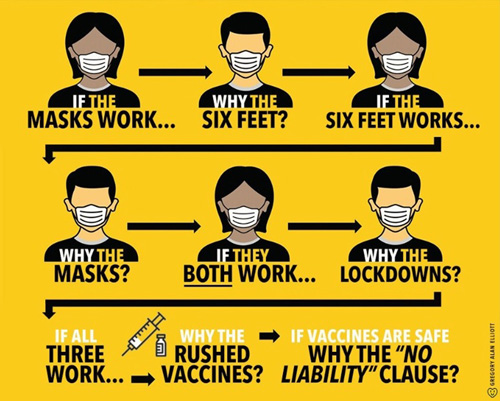 Other Topics Of Interest

Is the Vaccine safe?  Do Masks Work?  Should we fear Corona?

Unfortunately it is hard to get good information to understand the FACTS on Covid 19, Vaccines, Masks (good or bad), and on and on.  The Tea Party website is a good source for differing view points.   The Vaccine is being touted as the cure.  Is it?  Is the Vaccine safe.  Listen to this video and decide for yourself.  Tell the Health Board they must act responsibly.  The current director leads with his ideology and calls into question his decisions.  Listen and evaluate for yourself.   The progressives so fear this speaker they had her arrested for trying to tell the truth.  Those of us old enough remember the soviet union & communist china and how the treat dissidence.    Pray for America and stand up. 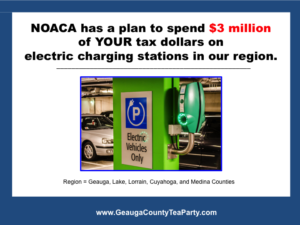 The Green New Deal is on it’s way to Northeast Ohio!
NOACA – Northeast Ohio Areawide Coordinating Agency won’t give Geauga County money for roads, even though projects have been submitted, but they will use $3 million of road funds to install electric charging stations across our region, that won’t be used.
They have identified 100 potential publicly owned locations for these chargers. The locations include: town halls, police and fire stations, rec centers, park & ride centers, jails, libraries, universities, airport lots, Metro Health Hospital parking, NASA parking, Westside Market parking, and more. A final decision on sites will be determined by Jan 30th.
The potential locations in Geauga County are:
* Auburn Township Town Hall
* Bainbridge Township Town Hall
* Chester Township Town Hall
* Geauga County Courthouse
* Geauga County Employment Lot
* Chardon Library
* Middlefield Village
If you are a concerned citizen there are three steps that you can take:
* Reach out to our Geauga County Commissioners, Ralph Spidalieri and Timothy Lennon and demand that they not support this waste. You can reach them at 440-279-1660 or commissioners@geaugabocc.org.
* Contact your Auburn, Bainbridge, Chesterland, or Middlefield Trustee and let them know that you want your tax dollars spent on roads, not charging stations.
* Email skip@geaugacountyteaparty.com and ask how you can get involved in fighting these charging stations so that NOACA does not get a foothold in Geauga County.

You might be surprised to see the type of content that teenVOGUE has run in their magazine since it shifted a few years ago from print to online distribution. It certainly is not appropriate for teens!

A quick review of their Wikipedia entry shows that the publication’s online political content is extremely radical and their sexual content promotes promiscuity and alternate lifestyles.
https://en.wikipedia.org/wiki/Teen_Vogue

teenVOGUE is owned by Conde’ Nast. Email them at communications@condenast.com and let them know that as a Patriot you won’t stand for the indoctrination of our young people!

The (published) U.S. deficit is $27.5 trillion, yet Joe Biden has bold plans for NEW entitlement programs. How would he pay for them?
Through the double whammy.
First, Biden would increase our taxes over the next ten years by $3.5 to $4.0 trillion. Second, he has chosen a “dove” that believes in increasing the money supply to drive economic growth in his nominee for Secretary of the
Treasury: Janet Yellen.
“We the People” need to hold our officials at all levels of the U.S. Government accountable to run balanced budgets and stop their out of control taxing and spending! 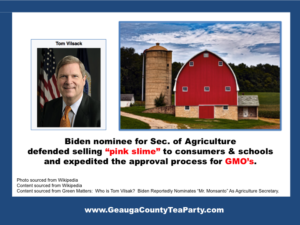 With his nomination of Tom Vilsack to return to the role of Secretary of Agriculture, Biden has managed to anger anti-monopolists, animal rights advocates, family farm advocates, AND civil rights activists.
Vilsack is currently a Dairy Lobbyist, earning an annual salary just shy of $1 million. Prior to that, he served as Sec. of Agriculture for both of Obama’s presidential terms. Since Vilsack has already held the position for eight years, it is clear how he would lead the $146 billion agency.
Vilsack’s nickname is “Mr. Monsanto”, which was given to him because of his cozy relationship with that company. As Sec. of Agriculture, Vilsack expedited the approval process for GMO’s and crafted an industry–friendly GMO labeling bill to replace a stricter standard. He also advocated for the sale of “pink slime”, which is processed beef from the trimmings of butchered carcusses, to consumers and school districts.
If this election is stolen from President Trump, “We the People” must speak out against Vilsack being confirmed to maintain the quality of our food and to maintain Geauga County’s family farms. 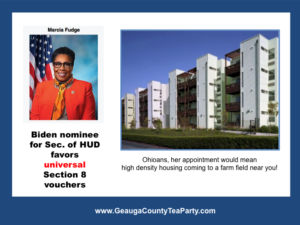 Unfortunately, Ohioans already know the “Progressive” thinking that our Congressional Representative, Marcia Fudge would bring with her, if confirmed to the position of Sec. of Housing and Urban Development.
Representative Fudge has been nominated by Joe Biden,in part because she shares his vision for universal Section 8 vouchers. The way that Section 8 vouchers work is that qualifying low income residents can get vouchers, funded by the Federal Government (your tax dollars) to apply toward housing. The resident pays 30% of their income toward housing and the voucher covers the difference, up to the fair market value of rent.
Currently, the Section 8 program is capped at a budget level that covers about 5 million vouchers. A lottery determines which residents receive them. Biden wants to fully fund vouchers for ALL residents who qualify and apply. This could mean 17 million vouchers!
The only way to accommodate this level of demand is to force expansion of high density housing into rural areas and suburbs across the U.S. Marcia Fudge has talked about making all communities diverse with homes for low income minorities. The Progressive’s plan to do this is to override local zoning. In Ohio, NOACA is the vehicle that will serve this purpose.
If the Presidential election is stolen and Biden takes office, “We the People” must reach out to our Senators and demand that they not confirm Fudge.
Source:
https://www.cleveland.com/…/federal-housing-vouchers… 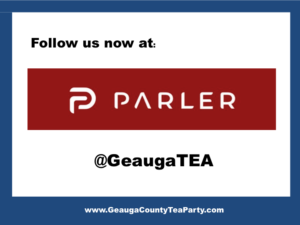 We just established GCTP on the Parler platform and we are already experiencing MUCH greater reach than we do on Facebook, with a small fraction of the number of followers.  Follow us at @geaugaTEA and add your views to our conversation!

Link to signup for Parler HERE

A Word About the Virus

Yes there is a Covid virus.  And yes the flu exists, there is heart disease,  there is are drug overdoses, on and on and on.  Do we stop living because of all of disease.  No! We use care and caution and we “get-er done.”   This is the American way.  Is it really as bad as our media and some political goofballs think?  No just check the statistics.  And if our media were honest they would talk about the decline in cases and deaths.
Come enjoy our meeting and use care.  Bring a mask and hand sanitizer.

Please do not attend if you are sick or have been around someone who is sick.  As your Mom probably taught you, coughs and sneezes spread diseases!  That is still good advice.

Pay attention to the advice from the experts on staying healthy.  Don’t over react but wash and/or sanitize your hands frequently.

There are no events.